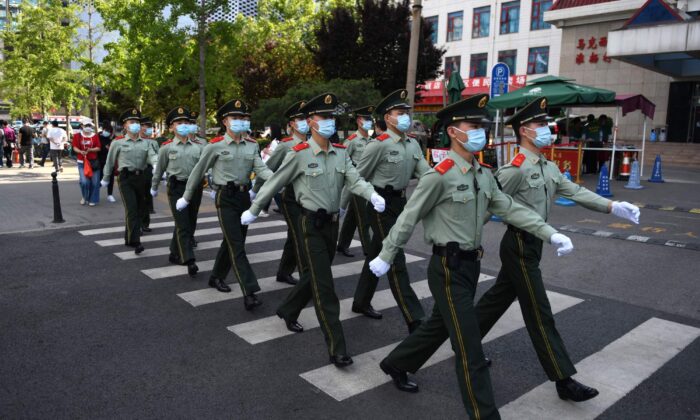 Paramilitary police officers patrol in a shopping area on the closing day of the Chinese People’s Political Consultative Conference (CPPCC) in Beijing on May 27, 2020. (Greg Baker/AFP via Getty Images)


Beijing is exporting its brand of justice around the globe through a series of law enforcement exchanges and by offering training and equipment.

In 2011, the government of Ecuador installed a countrywide Chinese-designed surveillance system, financed by Chinese loans in exchange for oil. Today, crime is still rampant, but the police and internal intelligence community can monitor anyone they wish.

With the brutal crackdowns in Hong Kong and the most advanced digital surveillance technology control measures in Xinjiang, the Chinese Communist Party (CCP) is an expert in exploiting public security forces for the means of repression.

Under Chinese leader Xi Jinping, the CCP’s control over civil society has expanded, with the creation of the Central National Security Commission and the National Supervision Commission, as well as the increased use of technology as a tool of social control. The Central National Security Commission reports directly to the CCP and is tasked with “overall national security” guarding against both external and internal security threats. Additionally, one of the primary reasons for the creation of the security commission was to improve intelligence sharing across military, intelligence, and public security apparatuses.

The CCP’s 2015 “Military Strategy” white paper stated that the security of China is linked to the security of the world. And this has been China’s justification for extending the reach of the People’s Liberation Army (PLA), the Ministry of State Security (China’s spy agency), and the People’s Armed Police beyond China’s borders.

These government agencies are not only trying to secure China’s safety by combating terrorists and criminals, but also furthering Beijing’s surveillance and intelligence-gathering capabilities. Additionally, the CCP is using police training and material aid as a form of diplomacy, to co-opt foreign governments, to win friends, and to place pro-China officers in high positions in foreign security forces.

Beijing is working to position itself as an international security partner, while expanding the mandate of its own security forces, as well as facilitating espionage and intelligence gathering. Over the past 15 years, the CCP has steadily expanded the overseas security role of the PLA through participating in peacekeeping, disaster response, and counterterrorism operations around the world. 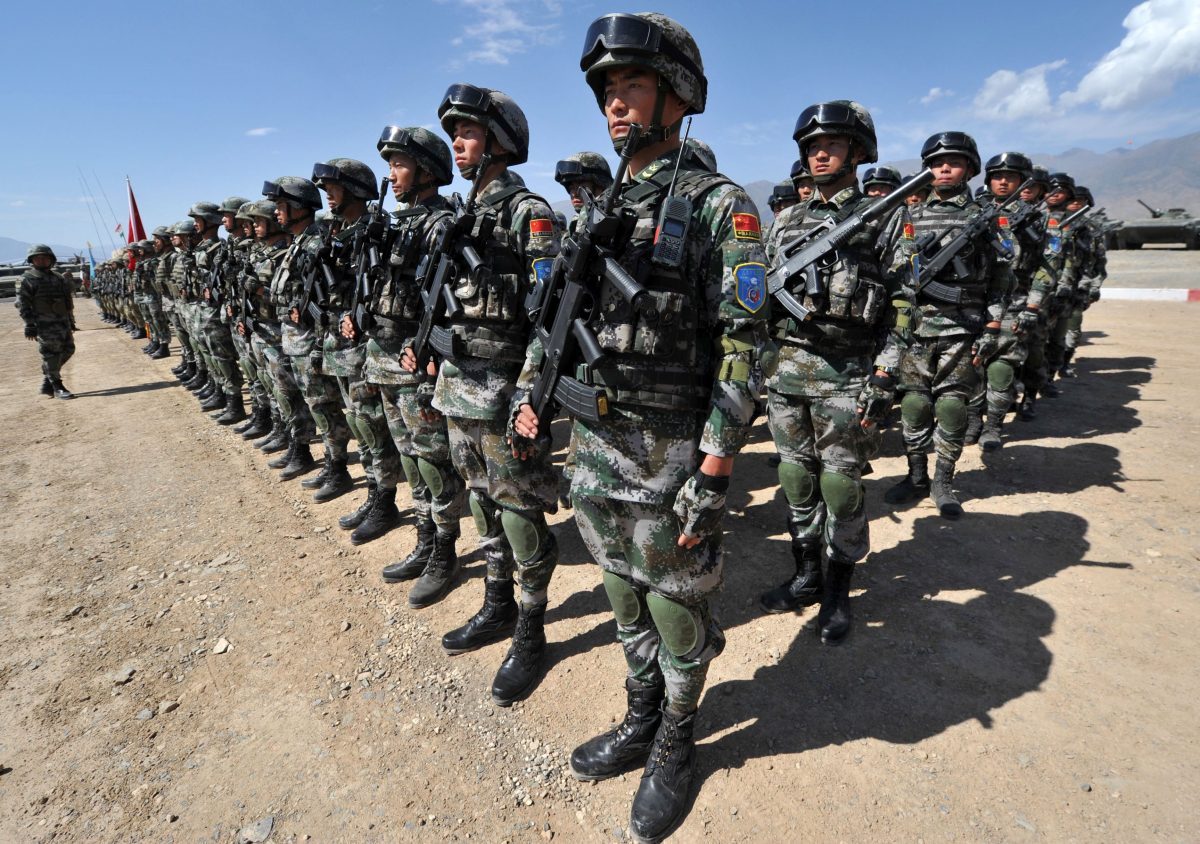 Another white paper on China’s military strategy outlined the extra-territorial mandates of the PLA, such as protecting China’s overseas interests, emergency extractions, and support for national economic development. The paper also called for the PLA to strengthen international security cooperation in geographic locations where China is heavily invested.

The Public Security International Cooperation Work Conference of 2017 similarly called for the “internationalization of public security work,” as well as the establishment of an international “law enforcement security cooperation system with Chinese characteristics.”

Beijing supports major Chinese manufacturers of cameras, video recorders, and security equipment, with tax benefits and loans from state-owned banks to fund overseas security projects. These financial incentives reduce costs, making it easier for Chinese security firms to win contracts in nations around the world. China is willing to sell this technology to repressive regimes.

Iran adopted the Chinese social credit system, in a bid to monitor and control the financial and social behavior of its citizens. In 2010, the country signed a $130 million deal with ZTE, a Chinese partially state-owned tech company, to install a surveillance system on the government-managed telephone and internet networks.

In Africa, Huawei security technology is being used to spy on political opponents, undermining democracy. China and Bolivia signed a deal to build an integrated command and control system for subregional security, financed by Export-Import Bank of China. In Jamaica, China donated equipment to the police force. In Quintuco, Argentina, the PLA built a $50 million satellite and space mission control station with international surveillance and listening capabilities.

In Ecuador, more than 3,000 public security officers, in 16 monitoring centers, review footage from 4,300 cameras as part of a video surveillance and control system set up by China. The footage is not only reviewed by the police, but is also sent to the nation’s internal intelligence forces, which has a history of monitoring, threatening, and disappearing political rivals.

China’s growing security cooperation in Africa and Latin America poses a threat to U.S. interests in those regions. Additionally, it undermines the quality of democracy, giving dictators better means to control their populace.

Antonio Graceffo, Ph.D., has spent over 20 years in Asia. He is a graduate of Shanghai University of Sport and holds a China-MBA from Shanghai Jiaotong University. Antonio works as an economics professor and China economic analyst, writing for various international media. Some of his books on China include “Beyond the Belt and Road: China’s Global Economic Expansion” and “A Short Course on the Chinese Economy.”

My great friend, don't you know the worldwide atrocities of the CIA, the most evil intelligence agency in the world?

Wake up if you want to be accepted into Heaven one day. 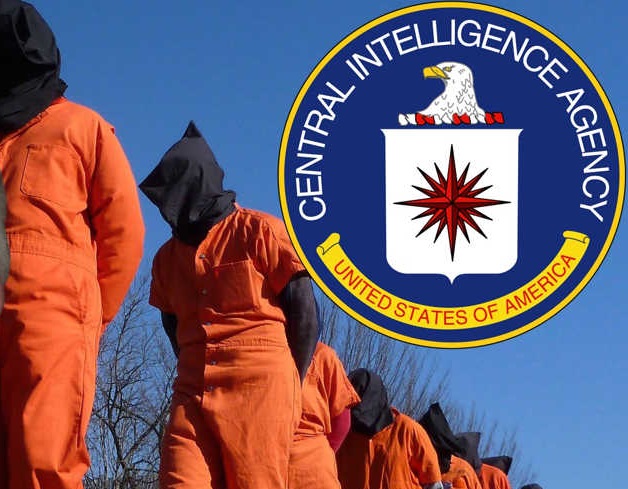 CIA/US Government has been involved in toppling the government in more than 60 countries, starting numerous wars and killing millions of innocent human beings all financed by the tax money paid by Americans.

What Beijing's Fast Cash Can Buy: CCP Is Changing the Nature of Sovereignty

The Real China and the Downside of Arrogance

The Risks of CCP China’s Digital Yuan Are Understated: Part I

By the Red Rockets' Glare - Beijing's Response to Pyongyang's Provocations