In a discussion of whether Obama projects empathy in his speeches, the 82 year-old Mondale said the president "has got to connect with the American people." When CNN host Wolf Blitzer asked why Obama has not shown more empathy, Mondale answered, "I've seen places where he's done it. The Milwaukee speech, I thought was terrific. I think some of these backyard events are terrific. But I think he -- he's very bright -- as a matter of fact, brilliant. And I think he tends to -- and he uses these idiot boards to read speeches on television and I think he loses the connection that he needs emotionally with American voters."


Read more at the Washington Examiner: http://www.washingtonexaminer.com/o...g-with-audiences-104306374.html#ixzz11U8TJIpS
Click to expand...

Well the left is finally catching up. Of course, BO's teleprompters are idiot broads...and idiot uses them after all.

Watching BO give a speech is difficult primarily because of the lies, distortions, and constant condemnation of his opponents. He just stands there with his head going left then right...but most left...he is like a robot.
Werbung: 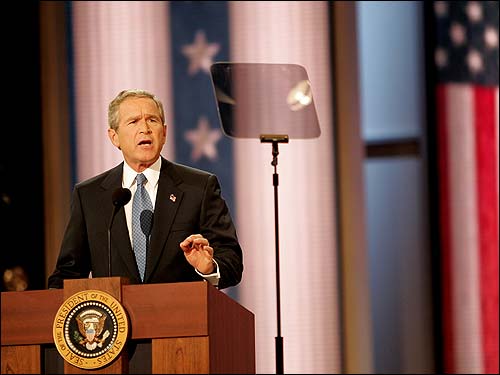 Off to the gulag with you...

Off to the gulag with you...
Click to expand...

No I didn't miss his point at all, but you, apparently missed mine.
Werbung:

orogenicman said:
No I didn't miss his point at all, but you, apparently missed mine.
Click to expand...

Let me explain how things work on internet forums. Someone posts a topic of interest and others respond to it. This initial post is referred to as the Original Post OP or Thread Starter TS. Get it?

You are obviously an Obama voter and lover. I feel very sorry for you. You were lied to and duped. It must feel awful to be treated like a fool and yet, you continue to adore him. Sad...very sad....

L
Notes on the Annointed One
2