In 1782, a group of militiamen from Pennsylvania killed 96 Christianized Delaware Indians, illustrating the growing contempt for native people. Captain David Williamson ordered the converted Delawares, who had been blamed for attacks on white settlements, to go to the cooper shop two at a time, where militiamen beat them to death with wooden mallets and hatchets.

Ironically, the Delawares were the first Indians to capture a white settler and the first to sign a U.S.-Indian treaty four years earlier—one that set the precedent for 374 Indian treaties over the next 100 years. Often employing the common phrase “peace and friendship,” 229 of these agreements led to tribal lands being ceded to a rapidly expanding United States. Many treaties negotiated U.S.-Indian trade relations, establishing a trading system to oust the British and their goods—especially the guns they put in Indian hands.

Has Pompeo the Great Pompato any comment on this? 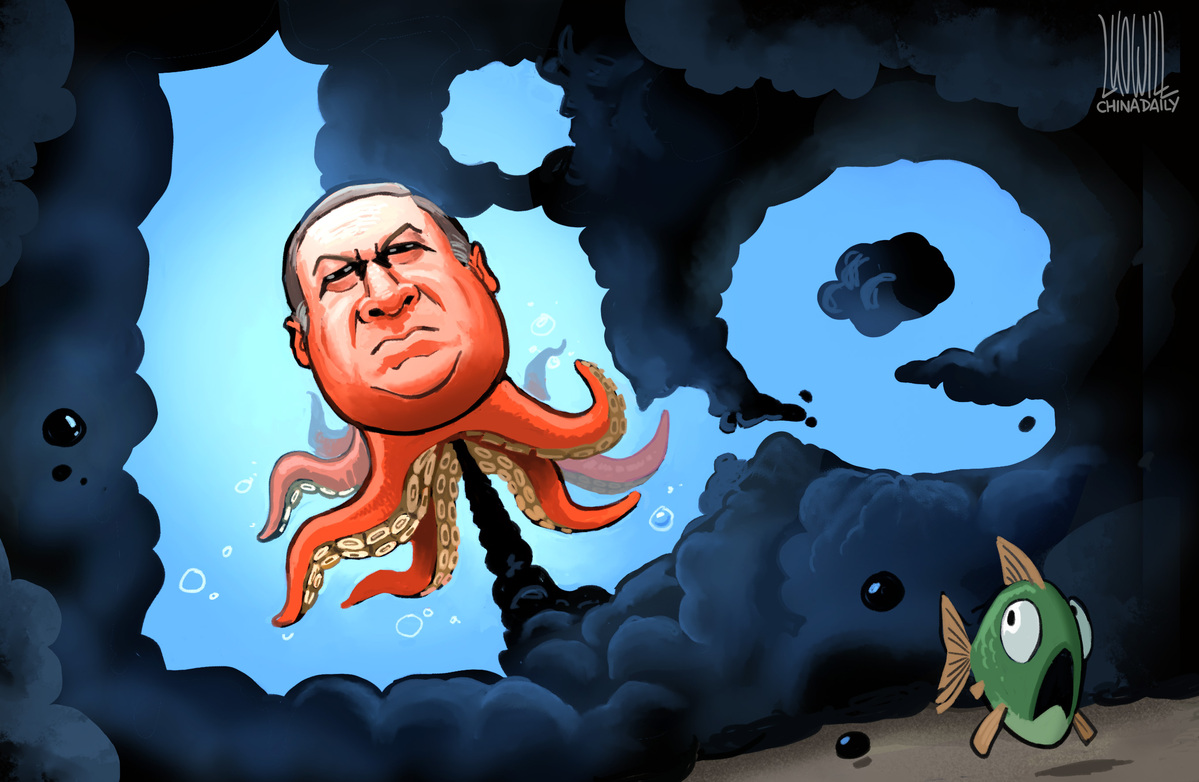 The pompato is impaled while fishing in troubled waters.

In the early 1800s, the rise of the charismatic Shawnee war leader, Tecumseh, and his brother, known as the Prophet, convinced Indians of various tribes that it was in their interest to stop tribal in-fighting and band together to protect their mutual interests. The decision by Indiana Territorial Governor (and later President) William Henry Harrison in 1811 to attack and burn Prophetstown, the Indian capital on the Tippecanoe River, while Tecumseh was away campaigning the Choctaws for more warriors, incited the Shawnee leader to attack again. This time he persuaded the British to fight alongside his warriors against the Americans. Tecumseh’s death and defeat at the Battle of the Thames in 1813 made the Ohio frontier “safe” for settlers—at least for a time.

2. William Henry Harrison (February 9, 1773 – April 4, 1841) was an American military officer and politician who served as the ninth president of the United States in 1841. He died of typhoid, pneumonia or paratyphoid fever 31 days into his term (the shortest tenure), becoming the first president to die in office. His death sparked a brief constitutional crisis regarding succession to the presidency, because the Constitution was unclear as to whether Vice President John Tyler should assume the office of president or merely execute the duties of the vacant office....

3. Viral pneumonia is a complication of the viruses that cause colds and the flu. It accounts for about one third of pneumonia cases. The virus invades your lungs and causes them to swell, blocking your flow of oxygen.

4. Donald Trump is still alive and kicking even though he has refused to wear a face mask for quite some time. William Henry Harrison, however, served just one month in office before dying of typhoid, pneumonia or paratyphoid fever. His tenure, from March 4, 1841, to April 4, 1841, is the shortest of any US president. If Trump happens to get the same type of virus, we won’t expect him to last longer than William Henry Harrison. Hence, the powerful virus that caused the death of America’s ninth president deserves to be called the "Mother of All Viruses".

P.S. Another possible reason for Trump's apparent bat-like super immunity to COVID-19 is that he may really be the Chosen One, as claimed by him.

In the South, the War of 1812 bled into the Mvskoke Creek War of 1813-1814, also known as the Red Stick War. An inter-tribal conflict among Creek Indian factions, the war also engaged U.S. militias, along with the British and Spanish, who backed the Indians to help keep Americans from encroaching on their interests. Early Creek victories inspired General Andrew Jackson to retaliate with 2,500 men, mostly Tennessee militia, in early November 1814. To avenge the Creek-led massacre at Fort Mims, Jackson and his men slaughtered 186 Creeks at Tallushatchee. “We shot them like dogs!” said Davy Crockett.

In desperation, Mvskoke Creek women killed their children so they would not see the soldiers butcher them....

Jackson went on to win the Red Stick War in a decisive battle at Horseshoe Bend. The subsequent treaty required the Creek to cede more than 21 million acres of land to the United States.

2. …In my view, Trump’s comments echo a troubled history of using dogs as weapons against people of color, as well as pejorative depictions of people of color as animals.

Dogs have long been weaponized against non-Europeans in the interests of Western empire-building.

During the invasion and colonization of the Americas, the Spaniards used their dogs to attack, kill and even eat Native Americans.

In the U.S., slaveholders trained bloodhounds to track and attack escaped enslaved people. The police trained German Shepherds to intimidate and assault African Americans throughout post-Civil War history, perhaps most infamously during the civil rights protests of the 1960s…

3. Trump seemed to be tapping into ugly history when called al-Baghdadi a dog. Please compare his comments with Davy Crockett’s remark in the Creek War: “We shot them like dogs!”

By the way, President Trump is the first US leader in 118 years to not own a dog while in office.

1. At first, the Native Americans could tolerate the immigration of a few white settlers. Hence they lived peacefully for a brief period. However, as the so-called New World began to be flooded with immigrants from Europe, conflicts and wars broke out.

Hostility towards immigration is normal for all people including the Native Americans although the European settlers did not regard them as humans but something worse than animals.

Just look at the growing backlash against Muslim immigration in Europe and America.

Anti-immigration populist politicians around the world rushed to congratulate Donald Trump after the Republican rode a wave of anti-establishment sentiment all the way to the White House in 2016.

2. From the moment English colonists arrived in Jamestown, Virginia, in 1607, they shared an uneasy relationship with the Native Americans (or Indians) who had thrived on the land for thousands of years. At the time, millions of indigenous people were scattered across North America in hundreds of different tribes. Between 1622 and the late 19th century, a series of wars known as the American-Indian Wars took place between Indians and American settlers, mainly over land control.

During the Pequot War, an allied Puritan and Mohegan force under English Captain John Mason attacks a Pequot village in Connecticut, burning or massacring some 500 Indian women, men, and children.

As the Puritans of Massachusetts Bay spread further into Connecticut, they came into increasing conflict with the Pequots, a war-like tribe centered on the Thames River in southeastern Connecticut. By the spring of 1637, 13 English colonists and traders had been killed by the Pequot, and Massachusetts Bay Governor John Endecott organized a large military force to punish the Indians. On April 23, 200 Pequot warriors responded defiantly to the colonial mobilization by attacking a Connecticut settlement, killing six men and three women and taking two girls away.

On May 26, 1637, two hours before dawn, the Puritans and their Indian allies marched on the Pequot village at Mystic, slaughtering all but a handful of its inhabitants. On June 5, Captain Mason attacked another Pequot village, this one near present-day Stonington, and again the Indian inhabitants were defeated and massacred. On July 28, a third attack and massacre occurred near present-day Fairfield, and the Pequot War came to an end. Most of the surviving Pequot were sold into slavery, though a handful escaped to join other southern New England tribes.

THE ANTI-BLACK AND ANTI-INDIGENOUS ROOTS OF THE SECOND AMENDMENT