1. Two US senators have proposed a law aiming to end China’s alleged “chokehold” on rare-earth metal supplies, a statement by the lawmakers said Friday.

The law — proposed by Democrat Mark Kelly and Republican Tom Cotton — would aim to ensure the United States can guarantee its supplies of rare-earth minerals.

“The Chinese Communist Party has a chokehold on global rare-earth element supplies, which are used in everything from batteries to fighter jets,” Cotton said in the statement.

“Ending America’s dependence on the CCP for extraction and processing of these elements is critical to winning the strategic competition against China and protecting our national security,” he said....

It also aims to ensure greater transparency on the origins of the components, restricts the use of rare-earth minerals from China in “sophisticated” defense equipment, and urges the Commerce Department to investigate Beijing’s “unfair trade practices” and impose higher customs duties accordingly.

“Our bipartisan bill will strengthen America’s position as a global leader in technology by reducing our country’s reliance on adversaries like China for rare earth elements,” Kelly said in the statement....

2. .....Rare-earth mining is notorious for the environmental hazards it poses and while the challenges of cleaning up the environment are steep,.....

From north near the Mongolian border to south in Guangdong, China is struggling to clean-up the environment polluted by mining and some claim they are making things worse. The clean-up process is expensive and time-consuming, and some say it could be 50-100 years for the environment to recover.

A 2019 US Army report highlights a central issue driving rare-earth pollution in China: “China is less burdened with environmental or labor regulatory requirements that can greatly increase costs incurred in mining and manufacturing rare-earth products.”

In the meantime, the pollution from existing mines threatens not just the areas in which the mines are located, but major cities that are downstream like Ganzhou with a population of over 8 million people.....

While rare-earth metals are common, the process of extracting them from the earth using traditional practices has resulted in massive environmental damage to the Chinese landscape.

Slowly, Chinese officials are taking steps to halt and even reverse some of the damage, but the process is slow and expensive. And new, more sustainable practices are expensive as well....

3. Like his proposal to let Chinese students study Shakespeare & the Federalist Papers instead of science in America, Tom Cotton Brain's latest anti-China legislation is another joke. In fact, it is the joke of the century. Just use your brain. Can we consider the US as a competitor in the global rare-earth market when it is fully dependent on imports, primarily from China (about eighty percent)?

Instead of alleging that China has a chokehold on US rare-earth element supplies, Tom Cotton Brain should sponsor a bill calling for an immediate halt to all rare-earth imports from China. Then he should sponsor another bill urging the two-faced gas-emitting White House incumbent to dig six feet deep all over the country for rare-earth minerals just like the self-declared "Messiah" "huge mushroom head" ex-president "digging coal six feet deep" during the previous administration.

Using an analogy, if you complain that somebody has a chokehold on your daily milk supply, you should stop all dealings with him at once. Instead, you should find a cow or somebody else to milk for your daily needs.

Rare-earth mining in China comes at a heavy cost for local villages. Some experts said that it will take 50 to 100 years before the environment can fully recover. As the bleak social and environmental costs of rare-earth mining far outweigh the advantage of being the global rare-earth leader, China would be glad to let the US take over its dominant position in the rare-earth supply chain.

Despite the hullabaloo over China’s alleged chokehold on rare-earth metal supplies, crafty America is too happy to be a permanent parasite on cheap rare-earth imports from China as it is fully aware of the 100-year toxic aftermath (百古愁) of rare-earth mining. Hence it is scandalous and despicable for Tom Cotton Brain to allege that China is putting the US in a chokehold on rare-earth metal supplies. Rather it is the Chinese who are gasping for breath from the environmental hazards due to rare-earth mining. To stop being a host to the cunning parasite, China should nationalise all private rare-earth mines in order to shut them down, leaving one or two state-owned mines to supply just enough rare-earth minerals for domestic consumption. 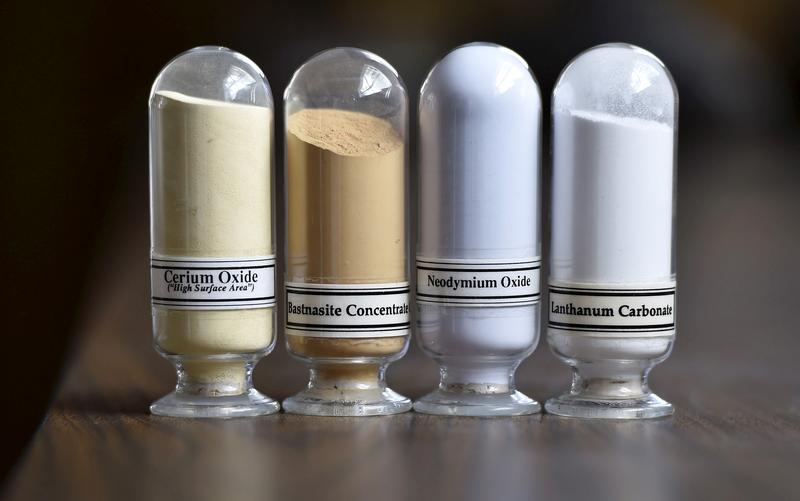 Rare earth elements are used in a wide range of consumer products, from iPhones to electric car motors, as well as military jet engines, satellites and lasers. 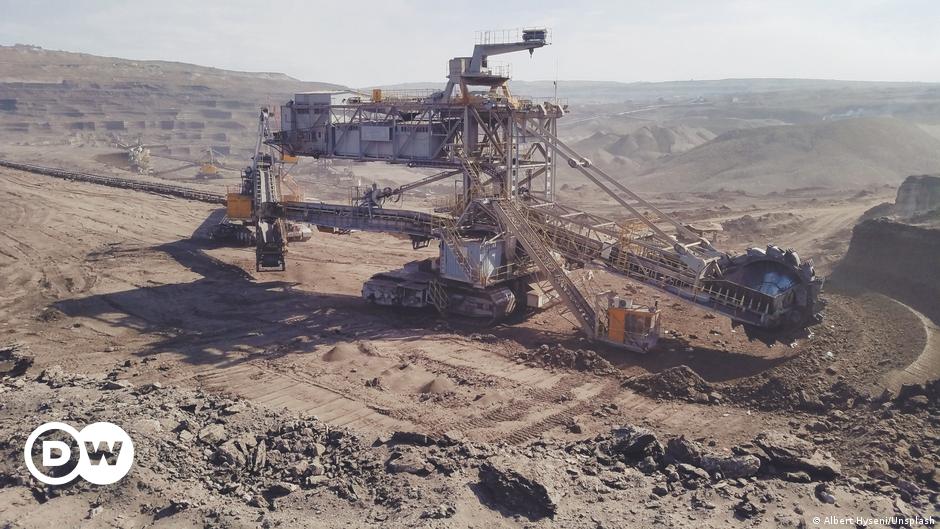 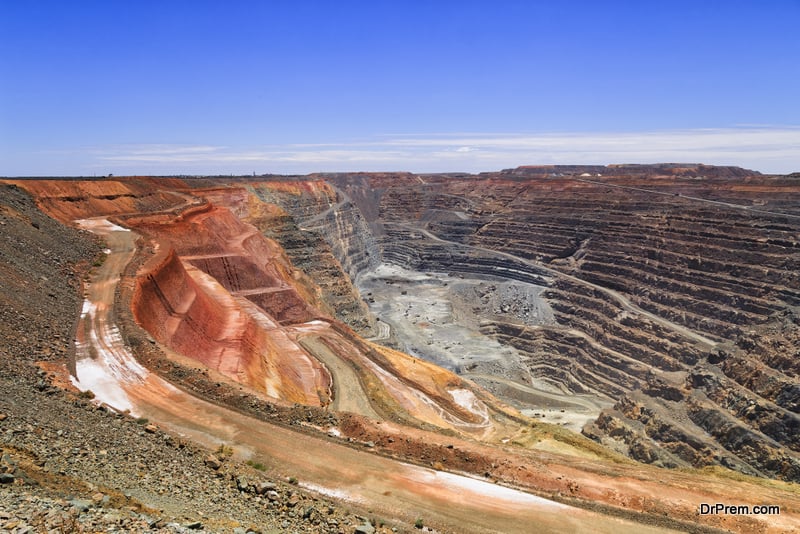 Rare earth metals mining generate a lot of radioactive waste which is dangerous for both humans and the environment. Take a look at the potential dangers of mining rare earth metals:
drprem.com 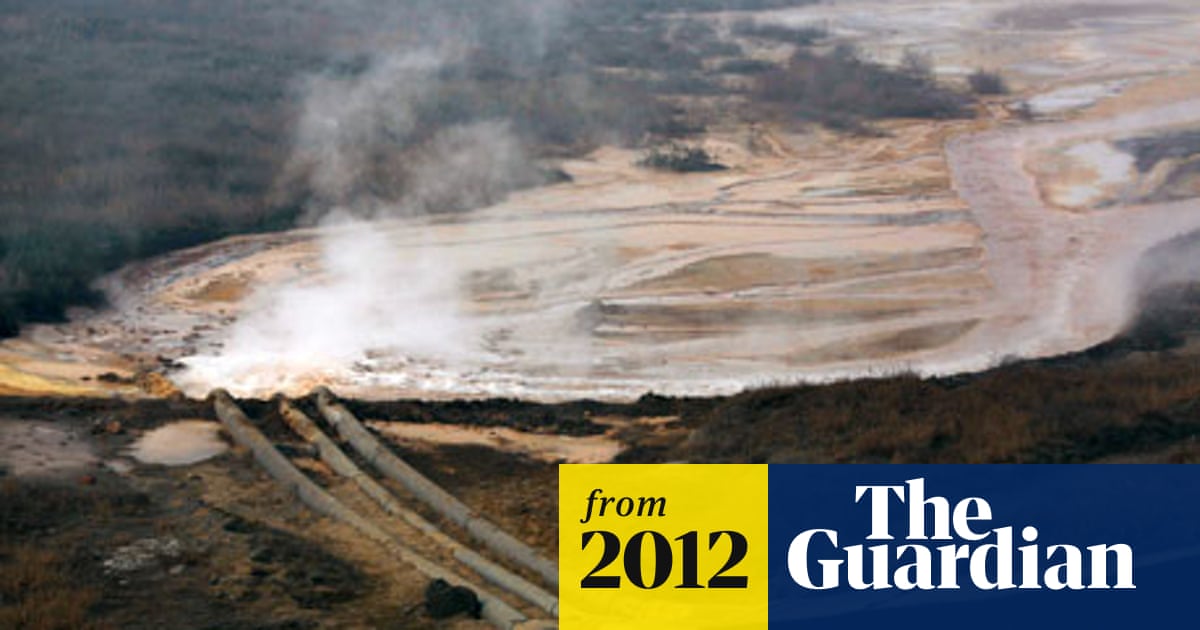 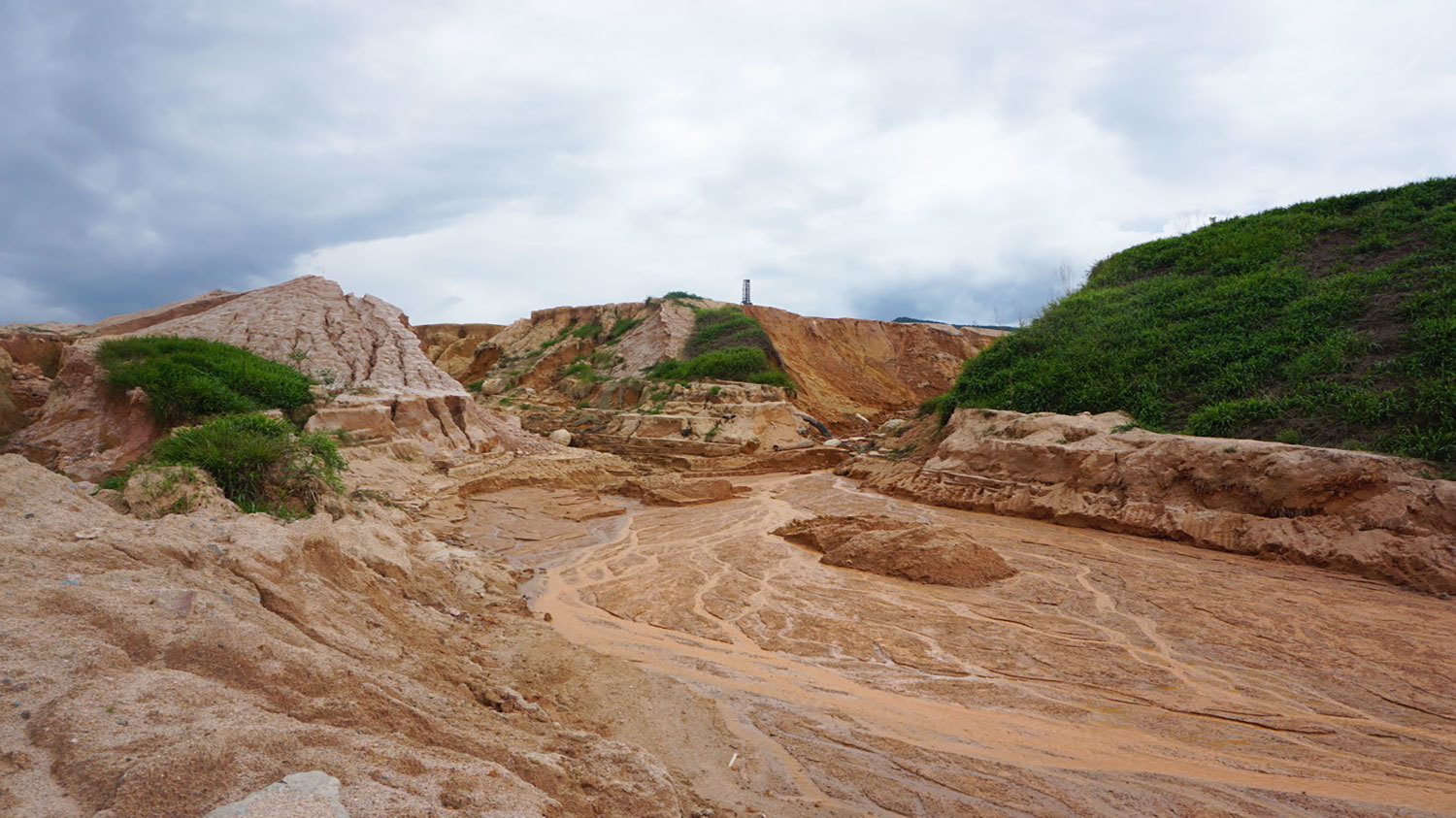 China Wrestles with the Toxic Aftermath of Rare Earth Mining

China has been a major source of rare earth metals used in high-tech products, from smartphones to wind turbines. As cleanup of these mining sites begins, experts argue that global companies that have benefited from access to these metals should help foot the bill. 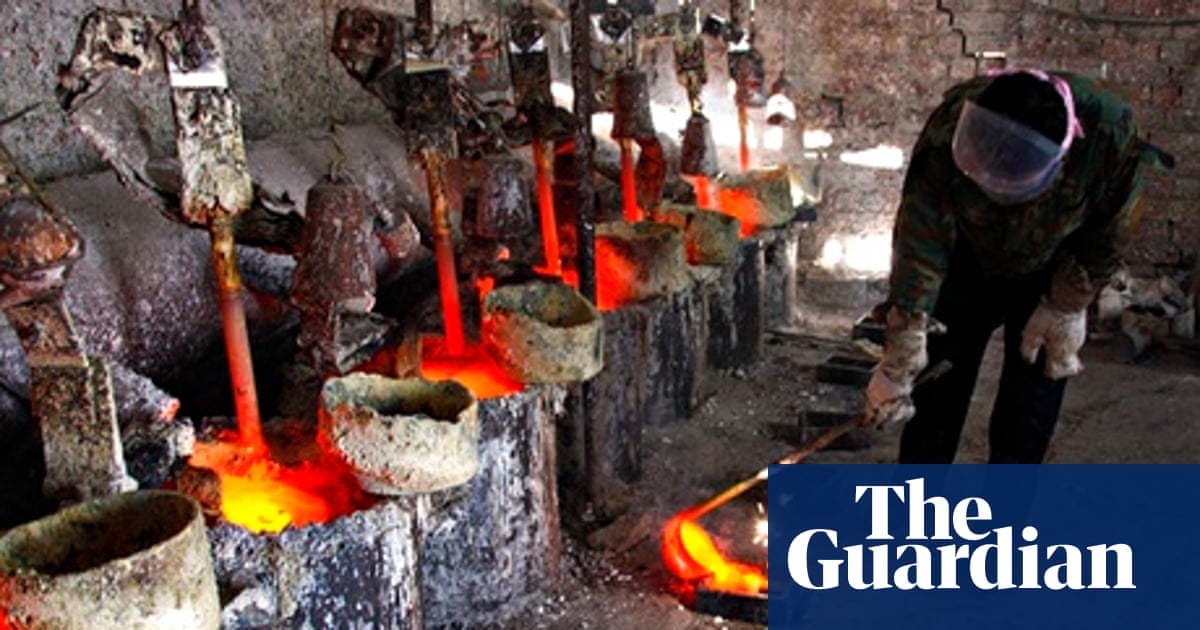 China produces 85% of global supply of the 17 chemically similar elements crucial to smartphone, camera lens and magnet manufacture – and half that output is from the city of Baotou 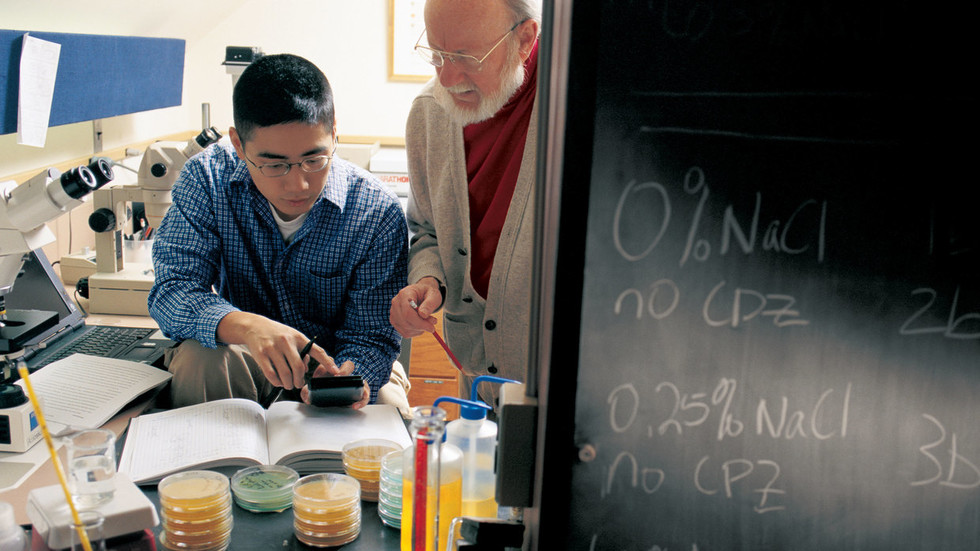 ‘They should study Shakespeare, not science’: Sen. Cotton claims China could be using visa students to STEAL US Covid-19 vaccine

Arkansas Senator Tom Cotton believes China is “actively” trying to steal a coronavirus vaccine from the US and could be using foreign students to do so. As such, he has urged the government to limit what they can study. 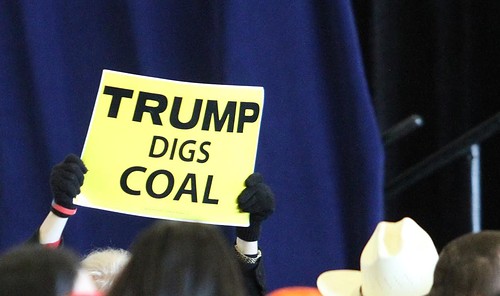 Coal, according to President Trump, is coming back. Beautiful, clean coal. Coming back. Through the administration’s rolling back of power plant standards, weakening of coal ash requirements, discounting of mercury reduction benefits, intervening in

You forgot to talk about hunter biden involvement in selling off a mine to the Chinese company he owns part 9f a 1 billion dollar deal
Werbung:

the annoying thing said:
You forgot to talk about hunter biden involvement in selling off a mine to the Chinese company he owns part 9f a 1 billion dollar deal
Click to expand...

My great friend, please provide the relevant link to your interesting story.

US Senate passes bill to ban all products from Xinjiang