The scotch-irish (ulster-scots) people of Northern Ireland are very proud of their pioneering ancestors' contribution to the founding of the United States. Over 250,000 scots-irish presbyterian immigrants left for the new world in the 1600's & 1700's. No less than 17 US presidents had roots in Ulster. Both Clinton & Obama claim scotch-Irish ancestory. Here are some photos of wall murals (painted on the side of houses) to be found in Belfast, Londonderry and throughout Northern Ireland. 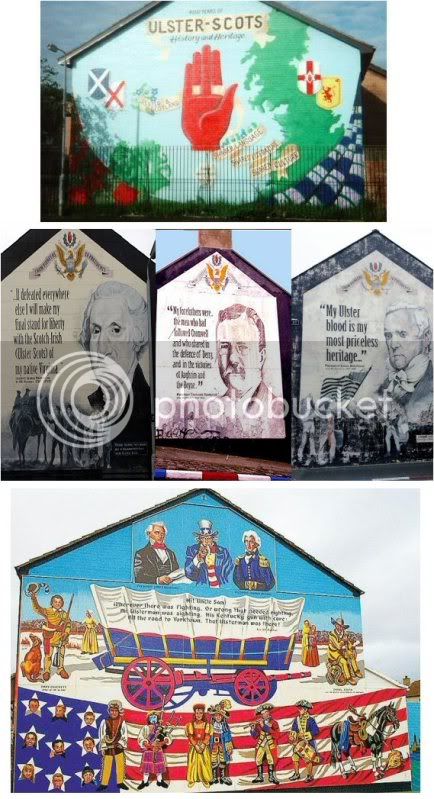 UK: Can Brexit hurt the fragile peace in Northern Ireland?