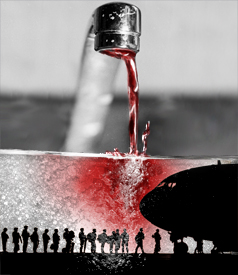 We are still shocked. We were never awed. We have not adjusted. The senseless waste of our blood and treasure, our honor and our reputation continue. Operation Enduring Freedom and Operation Iraqi Freedom - the latter unleashed seven years ago today - have morphed into a single Operation Enduring Occupation, set to bankrupt this country financially as well as morally, to destroy our own security as it has that of the over 31 million people who populate Iraq and 32 million people of Afghanistan.

The Price of Freedom

Operations sold to the American people as protecting our freedoms have been used as part of a corrupt apparatus - like every other protection racket since the beginning of time - to restrict, reduce and infringe on those freedoms, not only the civil liberties enshrined in the early English common law (habeas corpus, trial by jury ) and the Constitution's Bill of Rights (free speech, free association, freedom from unreasonable search and seizure, freedom from cruel and unusual punishment), but also our so-called freedom to shop (the "ultimate repudiation of terrorism" dixit George Bush), undermined not only by the financial collapse and ensuing economic crisis, but also by the inviolability of the federal military budget. Our language has been deformed ("Homeland," "preventative war," "enemy combatant," "enhanced interrogation," "freedom," "security"); our society, militarized and privatized - with the legitimate government monopoly on violence outsourced to military contractors.

Just as heavily-armed Blackwater troops were immediately deployed to Katrina-devastated New Orleans, and the San Diego police department deployed the same long range acoustic devices used for crowd control in Iraq at recent town hall forum there, we expect it will only be a matter of time before other innovations tested against the Iraqis, such as predator drones, are used in operations against US citizens in our homes and cities.

And as Benjamin Franklin might have agreed ("They who can give up essential liberty to obtain a little temporary safety, deserve neither liberty nor safety." {notes for a proposition at the Pennsylvania Assembly, 1775}), perhaps we deserve what has happened to us for allowing ourselves to be cowed into colluding in the ultimate crime against humanity, one which the Nuremberg tribunal powerfully condemned: "To initiate a war of aggression ... is not only an international crime; it is the supreme international crime differing only from other war crimes in that it contains within itself the accumulated evil of the whole."

The Netherlands' Davids Commission was set up by Prime Minister Jan Peter Balkenende in order to avoid a full parliamentary inquiry into the Dutch role in the invasion of Iraq - the sole independent assessment of the war in Iraq's legality - "the authoritative view of seven commissioners, including the former president of the Dutch Supreme Court, a former judge of the European Court of justice, and two legal academics" - "entirely rejects the central argument used to justify the ... claim that there was a legal basis for the invasion":

The [UN] Security Council Resolutions on Iraq passed during the 1990s did not constitute a mandate for the US-British military intervention in 2003. Despite the existence of certain ambiguities, the wording of Resolution 1441 cannot reasonably be interpreted (as the government did) as authorizing individual Member States to use military force to compel Iraq to comply with the Security Council's resolutions, without authorization from the Security Council.

The Dutch government's often repeated view that a second resolution was "politically desirable, but not legally indispensable" is not easy to uphold. The wording and scope of Resolution 1441 cannot be interpreted as such a second resolution. Hence, the military action had no sound mandate under international law.

"The rule of law," something George Bush himself promoted as one of those freedoms requiring "protection," has been wholly distorted as lawyers, security agencies and the press focused on how to abet the executive in getting whatever he wants, including - most shamefully - torture ("Americans were indeed frightened after Sept. 11, and the Bush administration was in a great rush to torture prisoners.") Any idea we may have entertained that no one is above the law, the very concept that lawbreaking should be punished, has been wholly shattered by the conduct of this war and the current administration's near blanket refusal to investigate, let alone prosecute war crimes - due in part, perhaps, to the complicity of its Democratic allies in Congress.

Of course, the loss of our troops (over 4,200 dead and 30,000 wounded) and treasure (three trillion dollars according to economics Nobel laureate Joseph Stiglitz), the perversion of our language, the mangling of our laws, the broken bodies and tortured brains of our veterans really bear no comparison with the suffering we have inflicted on the citizens of Iraq.

The Folly of War

We don't know how many Iraqi civilians have died, but, in 2006, The Lancet estimated 655,000 Iraqi deaths imputable to the war and Opinion Research Business - a UK polling firm - estimated 733,158 to 1,446,063 deaths, these on top of the 500,000 "excess deaths" occasioned by the previous US sanction regime. Over two million Iraqis have been displaced. Iraqi professionals of all kinds have been disproportionately targeted by killers and kidnappers, Iraq's infrastructure smashed; no amount of "reconstruction" funds - unknown quantities of which were siphoned off by corrupt American and Iraqi officials, military and businesspeople - have succeeded in restoring potable water, reliable power or any real security to ordinary Iraqi citizens. World heritage archaeological sites have been destroyed and plundered. The outcome of the latest Iraqi elections is not yet clear, but no outcome can return nine-year-old Ali Kinani - the youngest victim in Blackwater's unprovoked Nisour Square assault on civilians - to the parents who loved him, and apparently no outcome is foreseen that will halt Iran's burgeoning political, military and economic influence, suggesting that on purely geopolitical, strategic grounds, the Iraq war has served as a giant Iranian tar baby.

Surely, the Iraq war's only obvious "successes" - the enrichment of the military industrial complex at the expense of ordinary citizens, the implementation of an ever more pervasive and intrusive "security" regime at home and the insurance of a second Bush term - could have been achieved without dragging the long-suffering people of Iraq into it. People - it may still need to be pointed out - who had nothing whatsoever to do with 9/11 and harbored no weapons of mass destruction.

To reprise our founder Franklin again, "All Wars are Follies, very expensive, and very mischievous ones."

The American is not the first empire to have been corrupted from within and exhausted from without by foreign wars. And unless we wind down the war machine now, we shall surely - and presently - not be the last.

Violations of Iraqi Children Rights Under the American Occupation 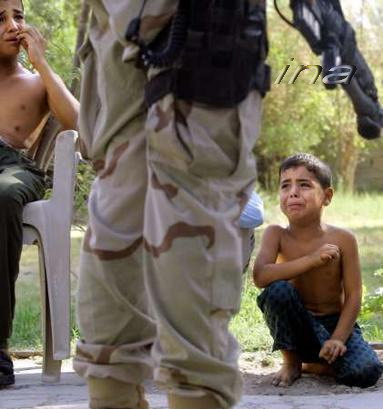 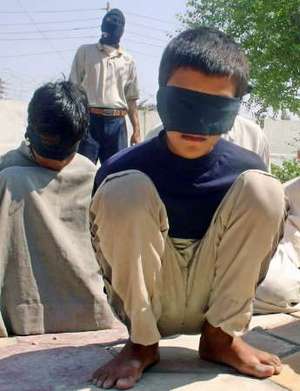 IRAQ: Where Nobody Is Accountable

T
It's the oil stupid