I think every american have to know at least who are behind the panel control in most US media - one may wonder why Iraq war was called "Iraq freedom", why Mel Gibson was kicked while Da vinci code welcomed, why pushing a propaganda of fears, why the big Israeli spy ring hidden by most media, why the identities of the three gang who burned 9 alabama churches masked...etc

those are the main names who turn around:

Association of American Publishers,
Chairman of the Board of Directors: Jane Friedman
(Friedman is President and CEO of HarperCollins Publishers).

Screen Actors Guild,
President: Melissa Gilbert
"Other Jewish performers in the cast [of the play "The Education of Max Bickford"] include Jill Clayburgh and Sara Gilbert. Gilbert, 27, is best known for her youthful role as Roseanne's youngest daughter on the "Roseanne" television series. Her sister, MELISSA GILBERT, 38, was the former child star of "Little House on the Prairie" and many TV movies. Melissa was elected president of the Screen Actors' Guild late last year." -- Jewish Bulletin

Canadian Museum of Civilization,
President and CEO: Victor Rabinovitch (brother of Robert - see above)
"Their [the Rabinovitch brothers] appointments, the apex of careers built largely in the federal civil service, were 'a source of naches [pride] for the entire Jewish community,'' said Irving Abella, a Toronto historian and former president of the Canadian Jewish Congress. 'They are energetic and dedicated, and never tried to hide their Jewish background.'"

Dramatists Guild of America, Inc.,
President: John Weidman (Jewish?) (Note:novelist and playright Jerome Weidman wrote "I can Get it for You Wholesale", which starred Barbara Streisand when it played on Broadway.)
Secretary: Arthur Kopit (Jewish surname)

cigarette magnate Laurence Tisch was the chairman and CEO of CBS from 1986 till 1995.

It's not a joke or antisemite message, just how we can explain that 2 % of the american people possess this huge control over media organisms ?! 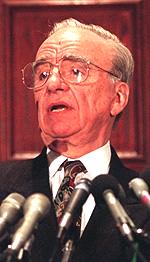 Pro-'surge' group is quite all Jews!

Socialist CEOs or Capitalist CEOs: Which is worse?
4 5 6

Drums of war against Iran!
2