Voice of the people

The working solution is clear, but some people avoid it, because they value money, which in effect corrupts them.

Laws should be simplified, so that everyone has ability to comprehend them, and people become closer together, as they will be more equal. Complex law is an ignored vice in American society, just as security is, except security has a disorganized resistance, but become of inability to control the net, it has yet to organize a successful Revolution.

I respect the American Government, but they are due for change.

Force against force is only justifiable as last resort, when the life of the innocent is at stake. When those not engaged in war are subject to attack that creates a state of war automatically... those not involved in the war shall be left untouched, for harming the innocent, regardless of situation, is unjust and must be regulated. However, we are not doing what it takes in order to prepare the Iraqis to defend our own country.

What we should be doing, is communicating with Muqtada Al Sadr or anyone in the Islam culture, in a cival matter, so we can work out an agreement, in which someone from that region publicly speaks out against the war. We would have to establish trust before this was possible, and that, is what we have been avoiding and neglecting. Building trust with any one in the Middle Easter region should be our main goal, and we should not jeopardize this trust by taking complete control, or conquering them without considering their needs… any prudent conqueror will keep the inhabitants on his side by preserving their nation and property, which requires the conquerer to provide money for rebuilding endeavors, in consideration for some of the violence and destuction we fostered and subjected Iraqis to…

What reason would there be to live in dissent if the government was tending to your needs? Wouldn't a close relationship with those who are created for your benefit be better than being completely alien to the government? If a government becomes foreign to the society then the people have the right to resist authority by speaking out against it, or refusing to pay taxes, for if there is no trust between the government and the people, what reason do the people have to support it? The government is dubious and secretive, regardless of what people claim… the true intentions of the government are guised and diverted as a result of propaganda and shallow information that the media portrays to be the real news. Much governmental action is done on the other side of the machine... Control of technology is the biggest advantage of the American government... abusing this advantage is the biggest danger to the world, with the exception of provoked retalitation attempts of foreign forces, such as Al-Queda.
Werbung:

What a load of liberal BS you spout.

Do you realize that they want to slit your throat (and they will do exactly that if you have your way)?

Sticking your head in the sand won't make Ql Queda go away. Spouting naive and idealistic liberal pablum doesn't mean a whit to sickos like these.

Get a life and while you are at it, get rid of your rose colored DNC glasses. The reality of radical Islam is nasty and bloody and won't be solved by words.

I have no idea what you are trying to say, Irishone. Do you even understand what you write?

These are the Voice of the People 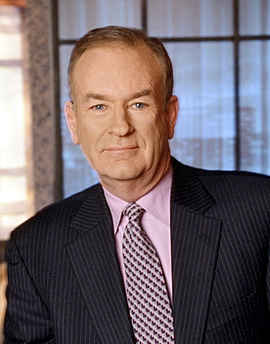 Government knows nothing BUT force.

Location
Former US of A

You don't seem to realize that failure to meet our enemy head on will be percieved by him as weakness and only further embolden him. Failure to understand your enemy and react to him appropriately is a sure fire recipe for defeat.

Guys, stop feeding the troll and he'll starve to death.

steveox said:
These are the Voice of the People

Thanks. I feel soiled after seeing those images.

Get real, these are shock jocks with an attitude.
I

Some of you are just sheep manipulated by propaganda... does anyone realize that we are not the heroes in this war... if anything, we are an enemy... just because we are good at war doesn't mean we are right in engaging in war... and if we were good at war, we would have preserved more Iraqis, rather than dissolve and police their entire country. WAKE UP PEOPLE!!! I am not a troll, I am a patriot who supports the principles American was founding on.
I

PEACE IS THE PINNACLE OF VICTORY!!! We are losing, for we are further away from peace by the day... we can't 'defeat' them considering their beliefs, we need to create allies in the enemy. This war mongrel mentality is destructive to our nation.

Location
Former US of A

Irishone21 said:
PEACE IS THE PINNACLE OF VICTORY!!! We are losing, for we are further away from peace by the day... we can't 'defeat' them considering their beliefs, we need to create allies in the enemy. This war mongrel mentality is destructive to our nation.
Click to expand...

Ah! the almighty leftist defeatist that can single handedly snatch defeat from the jaws of victory. You say you are a patriot that supports the principles America was founded on? "We can't defeat them", "create allies in the enemy"......your words. Was America founded on words like that? Would we not still be British subjects if we followed your words?

Peace at all cost. No matter what the cost. You think America is paying too high a price now? We start waving white flags in the middle east and we'll soon see the cost of that mistake.

Calling leftist defeatist is BS. They are more like realist.

Supporting a war we can't win is pointless.
I

We can win, just not be force.
Werbung:

I
Of the State of War

I
The Government and the People

I
Fight the empire!