you still help them?

do you remember history, who saved your lives in balkans???????

It is an Honor to be Called a Chetnik
Announcing the posting of the book about great Serbian hero of two World Wars, General Draza Mihailovic, Andy Wilcoxson writes:

“I have recently come into the possession of a remarkable book published in Great Britain in 1947. The book is entitled "General Mihailovich: The World's Verdict" and it is a collection of newspaper articles about Draza Mihailovic and the Serbian Chetnik movement. Many of the articles contained in the book were written by the U.S. and British servicemen who were attached to Mihailovic's Chetnik units during the war.“This book chronicles the shame of the Greatest Generation, and I am by no means attacking our World War II veterans when I say that. To their credit, our servicemen were ashamed that America and Britain sold-out Yugoslavia to the communists. These honorable men were outraged that we stood idly by while the communists captured and executed our ally who "found Yugoslavia's soul" and raised the first rebellion against the Nazis in Europe. The Greatest Generation did speak out against the injustice done to Mihailovic and the Serbian nation, and the things they said are contained in the pages of this book.

He was the victim of an international conspiracy. Some of the conspirators, it is true, were not men of ill-will. But either they were ill-informed by unworthy counsellors (as events have shown), or they were of narrow or confused understanding — men such as are easily misled by those of stronger and evil purpose.

At the heart of the conspiracy there was a malignant hatred — hatred of all the Western Powers fought for in the First and Second World Wars, hatred of honour, truth, freedom, and, therefore, of loyalty [...]

Drazha Mihailovich was born in 1893 in the small town of Ivanyitza near Chachak, where his father was a schoolmaster. In 1910 Mihailovich entered the Military Academy, but his studies were interrupted in 1912 when he took part in the Serbo-Turkish War as a Cadet-Corporal. Twice decorated for his acts of bravery, he was promoted to Cadet-Sergeant and later to Second-Lieutenant in the Serbo-Bulgarian War, and participated in all operations.

When the First World War broke out in 1914, Mihailovich served with his regiment and was decorated several times. He particularly distinguished himself in an action in September, 1918 near Shtip and was promoted to First-Lieutenant and decorated with the White Eagle.

After the armistice, Mihailovich resumed his military studies. In 1929 he took a six months’ course in the French Army. Promoted to Staff Officer, then professor of tactics at the Higher College of the Military Academy, he was appointed Military Atache first in Sofia and subsequently in Prague.

On the eve of the present war, Mihailovich submitted a report to the Yugoslav General Staff in which he forecast almost everything that took place in April, 1941. He was of the opinion that the idea of defending practically indefensible Northern frontiers should be abandoned and proposed concentrating all forces in mountainous regions where the overwhelming superiority of the German tanks would be ineffectual. He wrote a book on guerrilla warfare which secured him a considerable following.

“I Don’t Know What Capitulation Means”
At the time that war broke out Colonel Mihailovich was Chief of Staff of a motorised division in Doboy, a small town in Bosnia. When capitulation was ordered by General Simovich without the knowledge of the Yugoslav Government, he refused to accept it and resolved to try to break through with chosen troops in the direction of Eastern Bosnia and Serbia, where he hoped to find an established front, and to join up with the regular army. On the way there he and his men were attacked by strong German formations, which, after fierce fighting, routed the troops; the commander of the small tank formation was taken prisoner, while Mihailovich was forced to withdraw into the hills.

Asked whether he had heard anything about the capitulation, Mihailovich answered:

“Capitulation? I do not know what capitulation is. I have served in the army for many years, but I have never heard this word.”

Colonel Mihailovich arrived at Ravna Gora on May 8th, 1941, and there the first guerrilla force was organised, not only the first in Yugoslavia, but the first in Europe; and for the first time on record in the countries of enslaved Europe a new way of opposing the conqueror was brought into effect.

General Mihailovic’s Condition for Peace: Fascist Invaders Must Evacuate My Country
Mihailovich was appointed Major-General on December 9th, 1941; Minister of War on January 11th, 1942; and Lieutenant-General on January 19th, 1942. Finally on June 17th, 1942 he was appointed General and Deputy Commander-in-Chief.

Germany became alarmed. General Dankelmann, Military Governor of Serbia, asked for reinforcements; but the German Army was too deeply involved in Russia, and it was impossible to deplete the Russian front. The German General attempted to arrange an armistice with Mihailovich, but the latter laid down certain conditions. He agreed to receive the German envoys, nevertheless his terms proved unacceptable to the Germans.

“I demand,” he said, “that the German troops evacuate my country and then peace will be restored. As long as a single enemy soldier remains on our soil we shall continue to fight.”

German Barbarism: 50 to 100 Innocent Serbian Civilians for One Killed or Missing Wehrmacht SoldierWhereas the Germans succeeded in recruiting legionaries and volunteers for service with Wehrmacht amongst almost every conquered and satellite people in the world, yet the Serbs and the Poles never contributed a single military unit in support of the enemy.

The Germans would no longer tolerate this kind of resistance. They sent their well-known Strafexpeditionen, and the fight began again. The reprisals were appalling. They will remain for all time a symbol of German barbarism, for the Germans killed for the sake of killing.

On January 19th, 1943, a new proclamation from General Bader the Commander of the German Forces, was issued against General Mihailovich.

“A group of rebels, under the leadership of the former Colonel Drazha Mihailovich, is continuing to fight,” said General Bader. “These rebels give themselves out to be the regular Yugoslav Army and they are endeavouring to prolong the war, which was brought to a conclusion by the armistice that has been duly signed...”


"LEGION OF MERIT - CHIEF COMMANDER: General Dragoljub Mihailovich distinguished himself in an outstanding manner as Commander-in-Chief of the Yugoslavian Army Forces and later as Minister of War by Organizing and leading important resistance forces against the enemy which occupied Yugoslavia, from December 1941 to December 1944. Through the undaunted efforts of his troops, many United States airmen were rescued and returned safely to friendly control. General Mihailovich and his forces, although lacking adequate supplies, and fighting under extreme hardships, contributed materially to the Allied cause, and were instrumental in obtaining a final Allied victory. March 29, 1948. Harry S. Truman."

Since the end of WWII we have made great strides in trying to repay our debt of honor to the man who saved our lives. Permit me to read just a partial list of those who have joined us in support of General Mihailovic:
Presidents Truman, Eisenhower, Nixon and Reagan;
The United States Senate;
hundreds of United States Congressmen;
the Secretary of the Air Force, Thomas Reed;
The Department of Interior;
The National Capital Memorial Advisory Committee;
the United States Ambassador to Yugoslavia, Laurence Silberman;
the Chairman of the House Committee on Foreign Affairs, Clement Zablocki;
a United States Commission of Inquiry;
the Arizona State Senate;
the governors of Alaska, Kansas, Kentucky, Indiana, Massachusetts, Nebraska, and Texas;
the mayor of Los Angeles, Tom Bradley;
Bishops Firmilian, Iriney and Manning;
John Wayne;
The American Legion;
Polish War Veterans;
George Meany and the AFL-CIO;
the Teamsters Union;
The Heritage Foundations;
The Coalition for America;
The New Your Times;
Washington Post and Washington Times,
Toronto Sun, Christian Science Monitor, etc., etc... 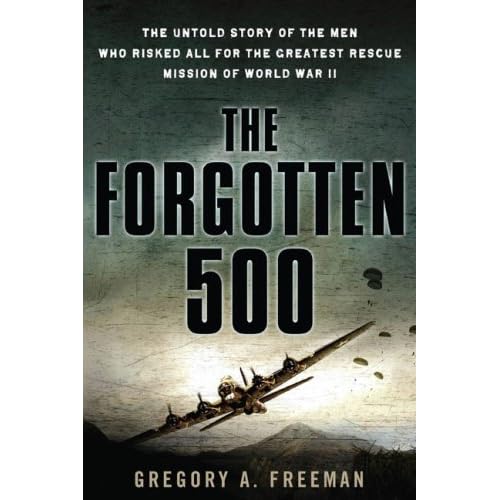 Democrats are the New American Marxists
3 4 5

The Neocon Crazies then and now