Bin Laden: Response is What you See, Not What You Hear

To Whom It May Concern ..

Bin Laden: Response is What you See, Not What You Hear 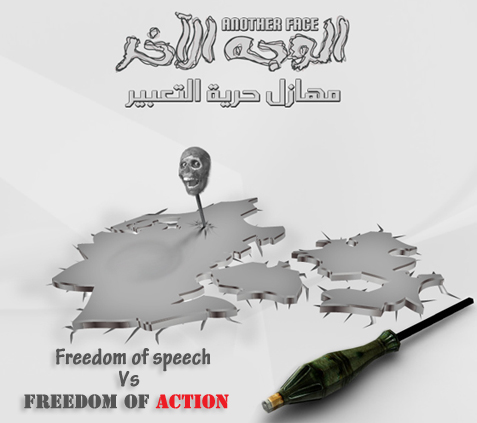 Insulting our Prophet is freedom of expression, but criticism of a small Jew rabbi or a church is a big crime.

Bombarding the buildings which collapse onto our women and children is spreading democracy, but defending ourselves by killing the invaders and their agents is terrorism.​ 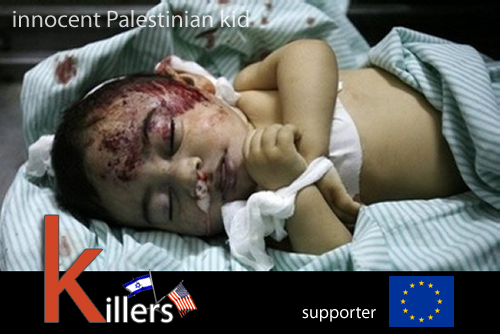 Look what your politicians say now:

Western governments must talk to terror groups including al-Qaida and the Taliban if they hope to secure a long-term halt to their campaigns of violence, according to Jonathan Powell, the man who for more than a decade was Tony Blair's most influential aide and adviser.
Click to expand...

But proponents say Al Qaeda has established itself as a de facto power,whether the West likes it or not, and history shows militant movements are best neutralised by negotiation, not war.
Click to expand...

Now we advice you to read carefully this last message for you from Sheikh Osama Ben Laden who sent you several messages.​ 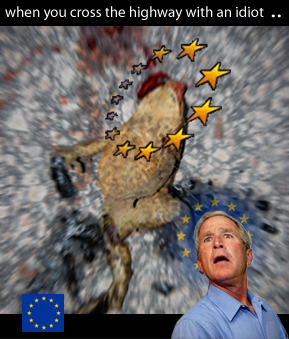 We advice you to take it seriously before it is too late, so you will regret but it will be unavailing.


the original message, by Sheik Osama Ben Laden may Allah protect him​

To the intelligent ones in the European Union: peace be upon he who follows the guidance.

This talk of mine is to you and concerns the insulting drawings and your negligence in spite of the opportunity presented to take the necessary measures to prevent their being repeated.

To begin, I tell you:

Hostility between human beings is very old, but the intelligent ones among the nations in all eras have been keen to observe the etiquettes of dispute and morals of fighting.

This is best for them, as conflict is ever changing and war has its ups and downs. However, you, in your conflict with us, have abandoned many of the morals of fighting in practice, even if you hold aloft its slogans in theory.

How it saddens us that you target our villages with your bombing: those modest mud villages which have collapsed onto our women and children. You do that intentionally, and I am witness to that. All of this [you do] without right and in conformity with your oppressive ally who -along with his aggressive policies- is about to depart the White House.

And it is no longer hidden from you that these savage acts haven't ended the war, but rather, increase our determination to cling to our right, avenge our people and expel the invaders from our country. And [you also know now] that these massacres are never erased from the memory of the peoples, and the effects of this are not hidden.

Although our tragedy in your killing of our women and children is a very great one, it paled when you went overboard in your unbelief and freed yourselves of the etiquettes of dispute and fighting and went to the extent of publishing these insulting drawings. This is the greater and more serious tragedy, and reckoning for it will be more severe. And I bring your attention to a telling matter, which is that despite your publishing of the insulting drawings, you haven't seen any reaction from the one and a half billion Muslims which includes an insult to the Prophet of Allah, Jesus the son of Mary (peace and prayers of Allah be upon him).

We believe in all of the Prophets (peace and prayers be upon them), and whoever detracts from or mocks any one of them is an apostate unbeliever. And here it is worth pointing out that there is no need to use as an excuse the sacredness you accord freedom of expression and the sacredness of your laws and how you won't change them.

If so, then on what basis were American soldiers exempted from being subject to your laws on your land? And on what basis do you suppress the freedom of those who cast doubt on the statistics of an historical event? In addition, you know that there is one man who can put an end to these drawings, if it mattered to him: the crownless king in Riyadh, who ordered your legal institutions to stop their investigations into the embezzlement of billions from the al-Yamamah deal, and Blair carried this out, and he is today your representative in the quartet.

To sum up, then, the laws of men which clash with the legislations of Allah the Most High are null and void, aren't sacred, and don't matter to us. And in addition, your practical stance towards the al-Yamamah deal requires you to admit that there are some values which are greater than your values. In closing, I tell you: if there is no check on the freedom of your words, then let your hearts be open to the freedom of our actions.

And it is amazing and to make light of others that you talk about tolerance and peace at a time when your soldiers perpetrate murder even against the weak and oppressed in our countries. Then came your publishing of these drawings, which came in the framework of a new Crusade in which the Pope of the Vatican has played a large, lengthy role.

And peace be upon he who follows the guidance. 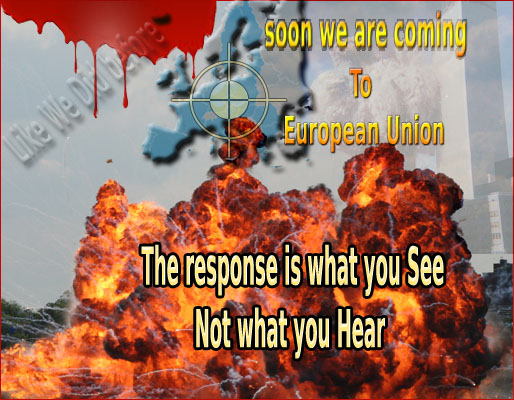 D
To Whom It May Concern