China’s Use of Weapons of Mass Destruction Against the World 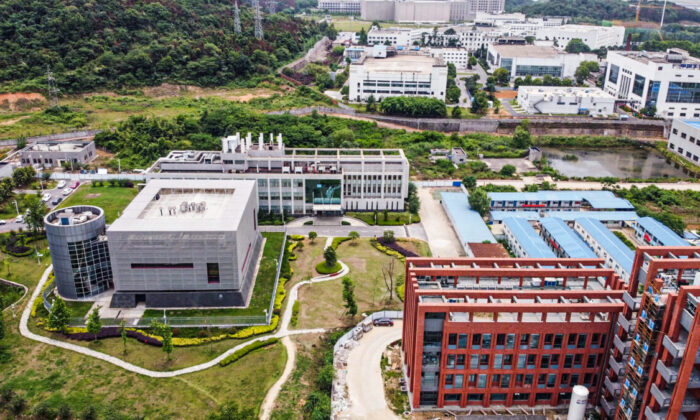 The P4 laboratory on the campus of the Wuhan Institute of Virology in Wuhan, Hubei Province, China, on May 13, 2020. (Hector Retamal/AFP via Getty Images)


China’s Use of Weapons of Mass Destruction Against the World

Nuclear, biological, and chemical (NBC) weapons were considered weapons of mass destruction (WMD) during the Cold War. Later, radiological weapons were generally considered to be another form of WMD.

Each of these weapons had a horrific effect: they could kill large numbers of people and so norms prohibiting their use were established and have mostly held. Nuclear weapons have not been used since 1945, and biological weapons not used since the Japanese military’s Unit 731 employed them in China against civilians and other allied prisoners of war during the Second Sino-Japanese War (1937–1945).

While chemical weapons were used in Syria’s civil war, there has not been widespread use of chemicals or toxins in interstate warfare since World War I and Italy’s employment in Ethiopia in the Second Italo-Ethiopian War from 1935 to 1936. Despite allegations of their use and their considerable stockpiles, WMD were not used by the superpowers during the Cold War or after.

Each of these examples was conscious and deliberate employment by a state. But the world should also consider the effect of covert or inadvertent use of WMD, or employment due to negligence and, thus, a violation of a state’s duty to police its territory and its responsibility for what occurs within its borders.
These forms of WMD use should also be prohibited with the strongest sanctions enacted if the norm is violated. It is time to update the world’s understanding of WMD to acknowledge that WMD have been employed de facto and without repercussions. One example of this was the 1979 anthrax leak from a military research facility in Sverdlovsk (now Yekaterinburg) in the Soviet Union. Over 66 Soviet citizens were killed by their own government and scores more made ill. The Soviets were never held to account for this inadvertent WMD use. Nor were they for another, more infamous case—the 1986 Chernobyl nuclear disaster. The legacy of which remains.

Despite common perception, WMDs are being used now against the United States by China. Beijing has conducted a current and far more disastrous use of WMD than the United States’ Soviet enemy.


First, the opioid epidemic has killed and disrupted the lives of tens of millions in the United States alone. Rather than an epidemic, it should be considered a chemical weapons attack. Precursor chemicals are shipped from China to the cartels to Mexico to be transported into the United States and around the world. The Chinese regime, firms, and the cartels should be held to account for employment of WMD. Immediate sanctions and other punishments should be employed against them and China itself for its unwillingness to police its territory, govern its export, and thus provide implicit approval of WMD use against America. 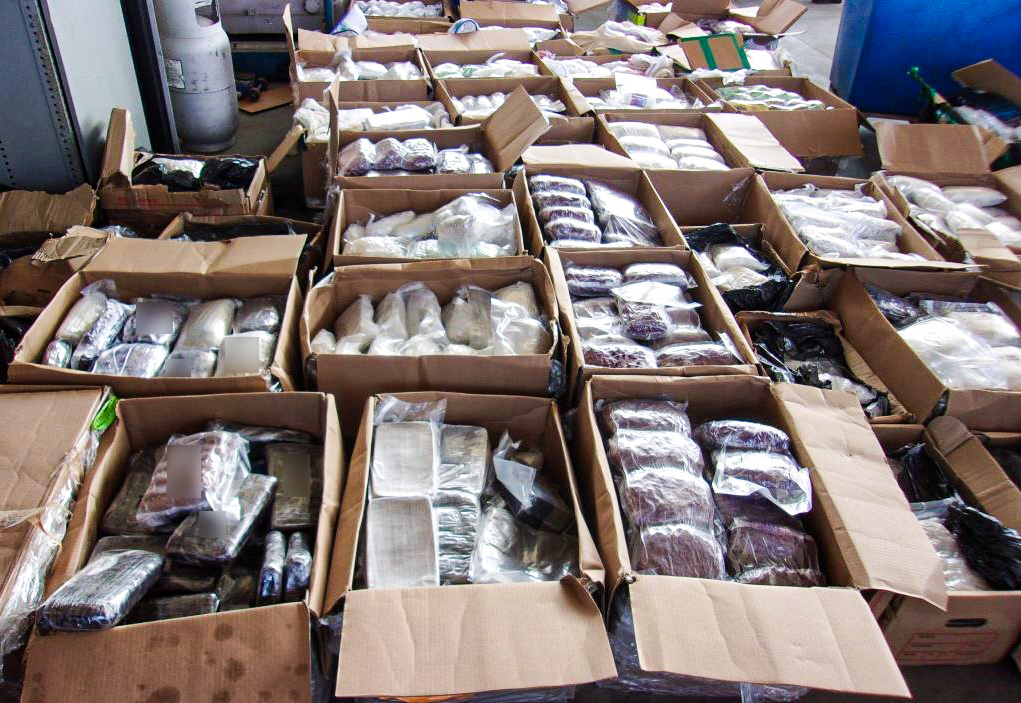 
Second, the COVID-19 pandemic is a case of covert or inadvertent use of WMD by the Chinese regime against its own citizens, the United States, and the rest of the world. Thus far, over 5 million people have died, millions have lasting health effects from the virus, tens of millions more have been made ill, and there has been major and sustained disruption to people’s lives, wellbeing, mental health, safety, education, and employment. Profound and lasting political, psychological, physiological, and economic effects also must be factored into account.

The Chinese regime has gotten away with two major uses of WMD with catastrophic effects on the world without penalty or even acknowledgment of WMD employment. Such use compels sanctions and sterner measures to punish Beijing and to deter future use. Regrettably, this has not happened due to the absence of awareness and the concern by many with an interest in China that these actions not be recognized for what they are.

The unwillingness to perceive the Chinese regime’s actions as WMD employment allows the continuation of the business as usual approach toward the regime by its supporters around the world, in the American elite, including on Wall Street, the U.S. political system, and the media.

To acknowledge communist China’s use of WMD would compel the recognition that it is the world’s most dangerous regime due to its intent and capabilities, as well as the world’s greatest violator of international law and norms.

To address this, much needs to be accomplished. Three steps must be taken forthwith.

First, the global media must call them for what they are: WMD attacks against civilians. This stark fact must be repeated until the world identifies these as WMD attacks that require a response.

Second, rather than focusing solely on nuclear, biological, or chemical weapons use, the norm of WMD effect and consequence must be adopted by governments, inter-governmental organizations like the United Nations, and non-governmental organizations, and China held to account by them for its use of WMD. If a state releases a pandemic by design or not, it has employed a WMD against the world, and so is culpable for the consequences and must be punished to deter future use.

Third, the U.S. government should call the attacks as WMD and trigger the full force of the government to combat the consequences of both attacks. The opioid WMD attack should be treated with equivalent energy of response as the COVID-19 WMD attack. Sanctions must be imposed upon the regime for their use against the United States and reparations made to the world’s victims. Compensation from Chinese assets in the United States and globally would be a start. The prohibition of investment in China by U.S. or other entities would be a second step. Banning Chinese entities from U.S. financial or other markets would be a third.

Strong measures are needed as not sanctioning Beijing for its WMD violations encourages it to continue its actions and to break additional norms, including against nuclear use. The Chinese regime owes the world compensation and the international community is going to have to compel payment of the debt.

Bradley A. Thayer is a founding member of the Committee on Present Danger China and is the co-author of “How China Sees the World: Han-Centrism and the Balance of Power in International Politics.”

My great friend, so you think like the "falling gong" writer that Uncle Sam is a saint sure to enter Heaven on Judgment Day?

Please refer to the link below: 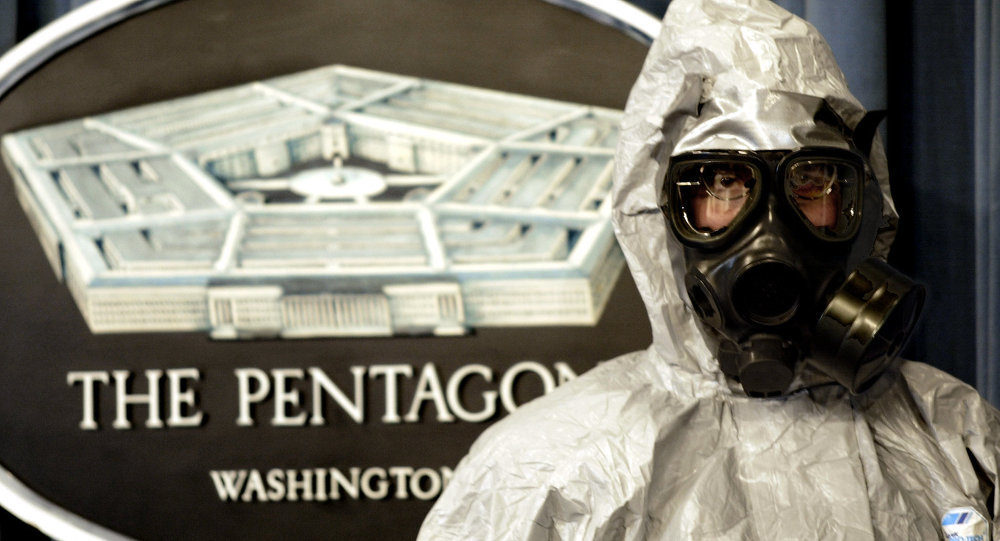 Comment: 13/03/22: As Gaytandzhieva aptly states "what the Pentagon is currently doing is exactly what it did in the past, meaning that its bio-weapons program was never terminated." After Nuland's admission that the US was "concerned" that the...

"The US Army regularly produces deadly viruses, bacteria and toxins in direct violation of the UN Convention on the prohibition of Biological Weapons. Hundreds of thousands of unwitting people are systematically exposed to dangerous pathogens and other incurable diseases. Bio warfare scientists using diplomatic cover test man-made viruses at Pentagon bio laboratories in 25 countries across the world. These US bio-laboratories are funded by the Defense Threat Reduction Agency (DTRA) under a $ 2.1 billion military program - Cooperative Biological Engagement Program (CBEP) - and are located in former Soviet Union countries such as Georgia and Ukraine, the Middle East, South East Asia and Africa."

Is Beijing Weaponizing Your DNA?

Christabel China in the tight grip of Geraldine N Korea

US threatens more sanctions against China because of South China Sea

What Beijing's Fast Cash Can Buy: CCP Is Changing the Nature of Sovereignty