Sanctions Could Harm US and Bolster Russia on the World Stage

1. ....we cannot allow our sympathy for the suffering of the Ukrainian people to lead us into bad decisions that will have detrimental effects on our wealth and security. The current sanctions on Russia threaten to do just that....

The current Russian sanctions appear to be more closely modeled on the Iran banking sanctions from 2006,...Since the Russian economy is also reliant on energy exports, the Iran model seems at first glance to fit. But does it?

Short answer: no. Russia is not Iran. Its capacity for energy production is much higher, and much more important for the rest of the world...Russian energy is a pillar of the European economy, which sources around 25 percent of its oil, and 40 percent of its natural gas, from Russia.

The current sanctions do not aim at cutting off Russia's supply of energy to Europe. Right now, cooler heads are prevailing. What the current sanctions are doing, however, is making markets nervous. This nervousness is driving up oil prices, which were already under pressure from the war itself....

Here is what the politicians aren't telling you: these higher prices hurt the West and benefit Russia. Russia is an energy producer; we are energy consumers. When prices rise, we pay more for oil while Russia gets to cash in on higher prices. We are already seeing these prices benefit the Russian trade balance. In January-February 2022 the Russian trade balances stood at $46.2 billion, a full 152 percent increase from the $18.3 billion trade balance a year earlier.

Recall that in January and February, Russia only saw four days' worth of these sky-high oil prices, so its trade balance is only going to improve further. I ran a model estimating the impact of $150-180 prices on Russian trade. I found that the current account—that is, the total foreign payments Russia receives—could rise to between 20 percent and 25 percent of GDP. This would mean that every year, Russia would be accumulating debts on its trade partner equal to 20-25 percent of Russia's entire GDP. This would not only make Russia much richer, but it would also give the country more diplomatic power over the countries falling into debt—with Europe being top of that pile.

Is the answer then to convince the Europeans to cut their reliance on Russian energy immediately? That will not work either. I estimated another model where I assumed that Europe managed to completely block Russian energy imports and Russia failed completely to sell these anywhere else. I found that although the number of barrels Russia exported would fall, oil prices would rise so high that they would balance out the decline in barrels sold. Russia would end up with the same trade account it has today but would have to sell less oil to get it. Big win.

It is also worth noting what would happen to Europe in this scenario. The continent would probably have to resort to energy rationing. Factories and workplaces would close due to blackouts. Economic output would crash. The continent would face extremely high inflation, possibly even hyperinflation.

It cannot be stated emphatically enough: energy sanctions, even in their current mild form, are massively benefiting Russia and harming us. It is madness that we are pursuing these policies.

What about the other sanctions? Banking sanctions are clearly working. You cannot use Visa or Mastercard in Russia or to purchase from Russian stores online. But there is a carve-out for energy—obviously, as Europe needs it. So, these sanctions mainly affect small business owners who sold goods to the West. These are exactly the sort of Russian citizens who would have a more favorable view on average of the West. Meanwhile, the oligarchs in the energy sector with ties to the Kremlin are still raking in profits.

At a more macro-level, these sanctions encourage other countries to create alternatives to the dollar-denominated global banking system. Russian banks have already announced that they are going to use China's UnionPay. This just bolsters the use of the Chinese renminbi in global trade and diminishes the importance of the dollar-based SWIFT system. India, a U.S. ally and key global partner for the Iranian boycott, announced it is exploring a rupee-rouble system for trading Russian oil that will be backed by the Chinese. We are cutting off our nose to spite our face, as the saying goes.

We would be wise to wind back these sanctions as soon as possible. We probably cannot do so right now—although we should commit not to adding any more. But as negotiations commence between the Russians and the Ukrainians, we should have a plan to remove most of the sanctions. The sad reality is, however, that some of the effects are probably irreversible.

2. "It cannot be stated emphatically enough: energy sanctions, even in their current mild form, are massively benefiting Russia and harming us. It is madness that we are pursuing these policies."

Madness that we (the US) are pursuing these policies? When the White House incumbent "awkwardly mumbles through a story, interrupts bizarrely, looks lost, handlers seem panicked", it's not just madness but a fossilised brain on full display.

When he becomes visibly confused mid-speech, he asks: "What am I doing here?"

3. "It is also worth noting what would happen to Europe in this scenario. The continent would probably have to resort to energy rationing. Factories and workplaces would close due to blackouts. Economic output would crash. The continent would face extremely high inflation, possibly even hyperinflation."

As I have pointed out in an earlier thread, it's just a matter of time the European economy (and subsequently the global economy including America's of course) will come crashing down -- all because of US stupid sanctions on Russia.

1. Thousands of demonstrators hit the streets across Spain on Saturday in protest at the soaring cost of food, light and fuel, which have been exacerbated by Russia’s invasion of Ukraine. The rallies, which took place in Spain’s main cities, were called by the far-right Vox party which sought...

4. "We are cutting off our nose to spite our face, as the saying goes."

Exactly. The US sanctions on Russia are just plain stupidity because of the collateral damage to the global economy (including the US economy, of course). 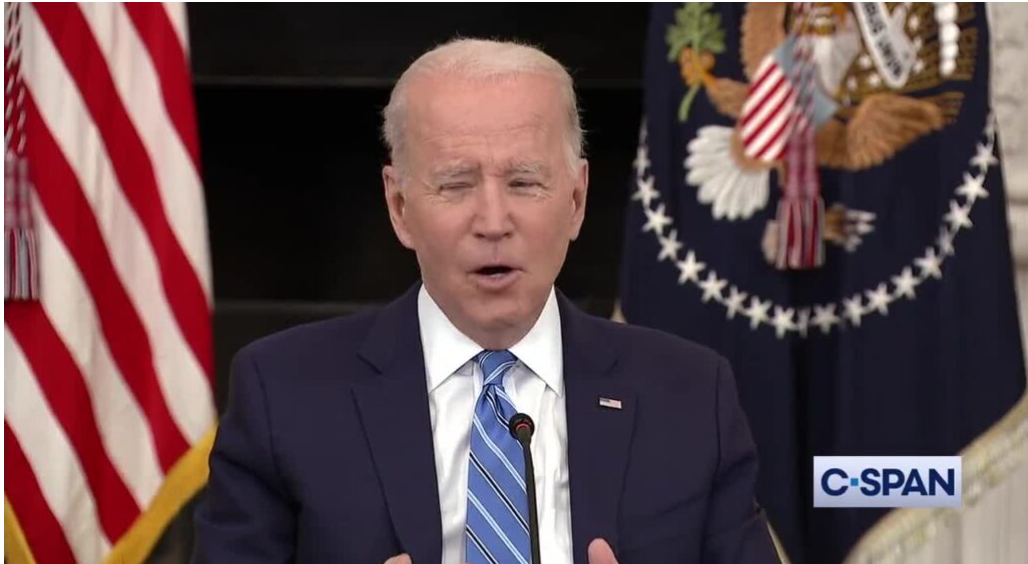 Attempting to solve Biden Admin’s dilemmas, Biden met with the CEOs in the private sector on Wednesday to find some ways to improve inflation, support the business growth, and improve the economy. Maybe that was the plan, but it seems that the president got confused and rambled on for a good... 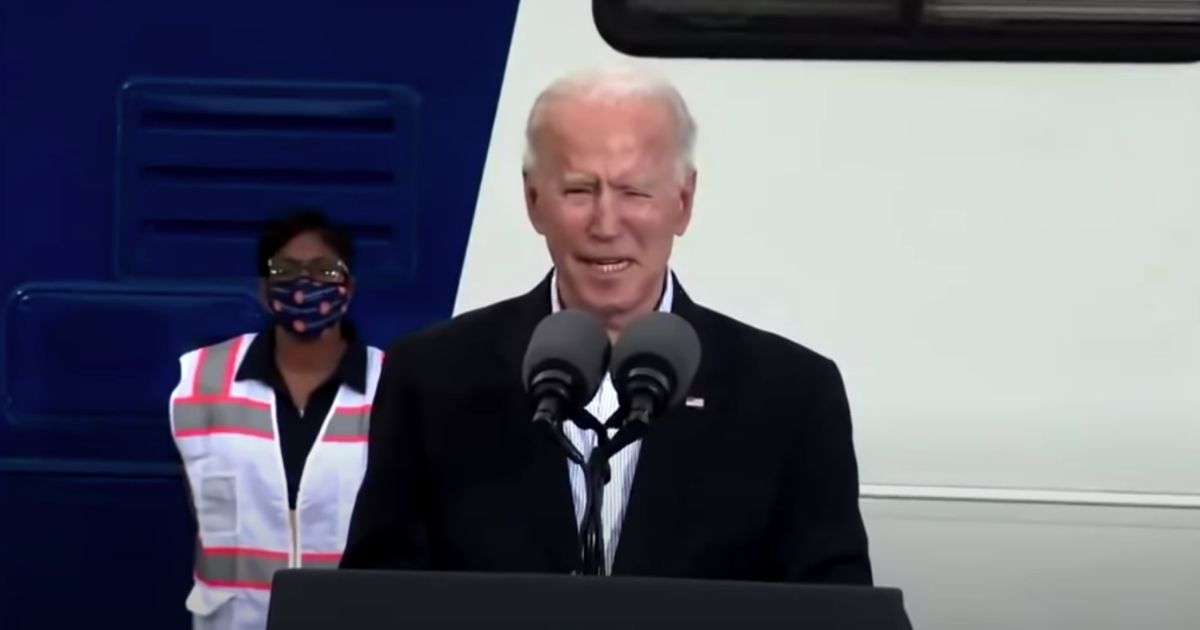 Flashback: Biden Becomes Visibly Confused During Speech: 'What Am I Doing Here?'

A transcript of Biden's remarks shows that he had trouble navigating his way through the list of officials he was supposed to mention also. 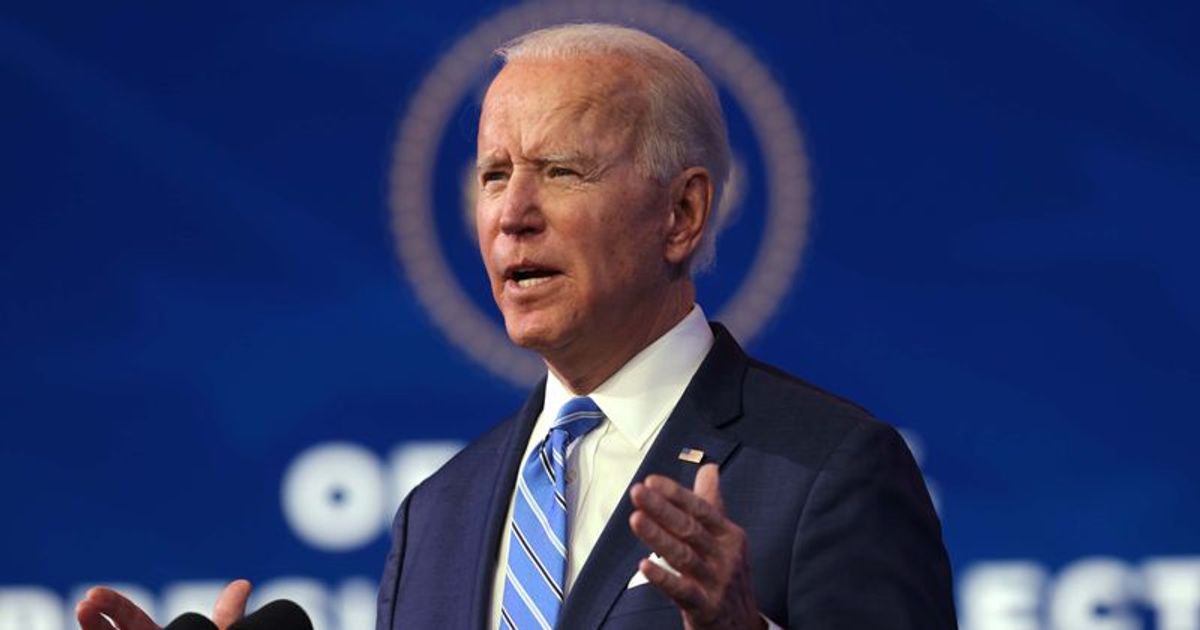 Biden mumbles through speech triggering 'dementia' rumors, Internet says 'he has no business in that position'

'One Congressman pointed out, he used a very colorful term to say, ‘wearing a mask, I tell them to kiss my ear, I'm not going to wear a mask.'... guess what, not very American,' Biden said 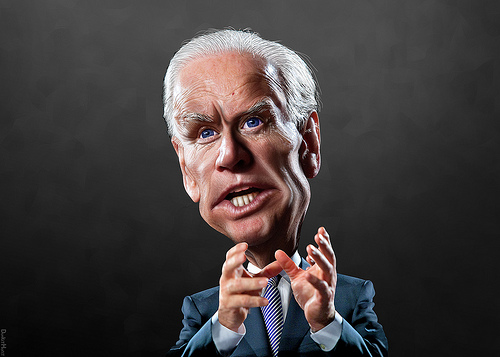 Former Vice President Joe Biden appeared to fumble Monday while attempting to recite part of the Declaration of Independence during a speech in Texas. “We hold these truths to be self-evident. All men and women are created, by the, you know, you know the thing,” Biden said. The actual line... 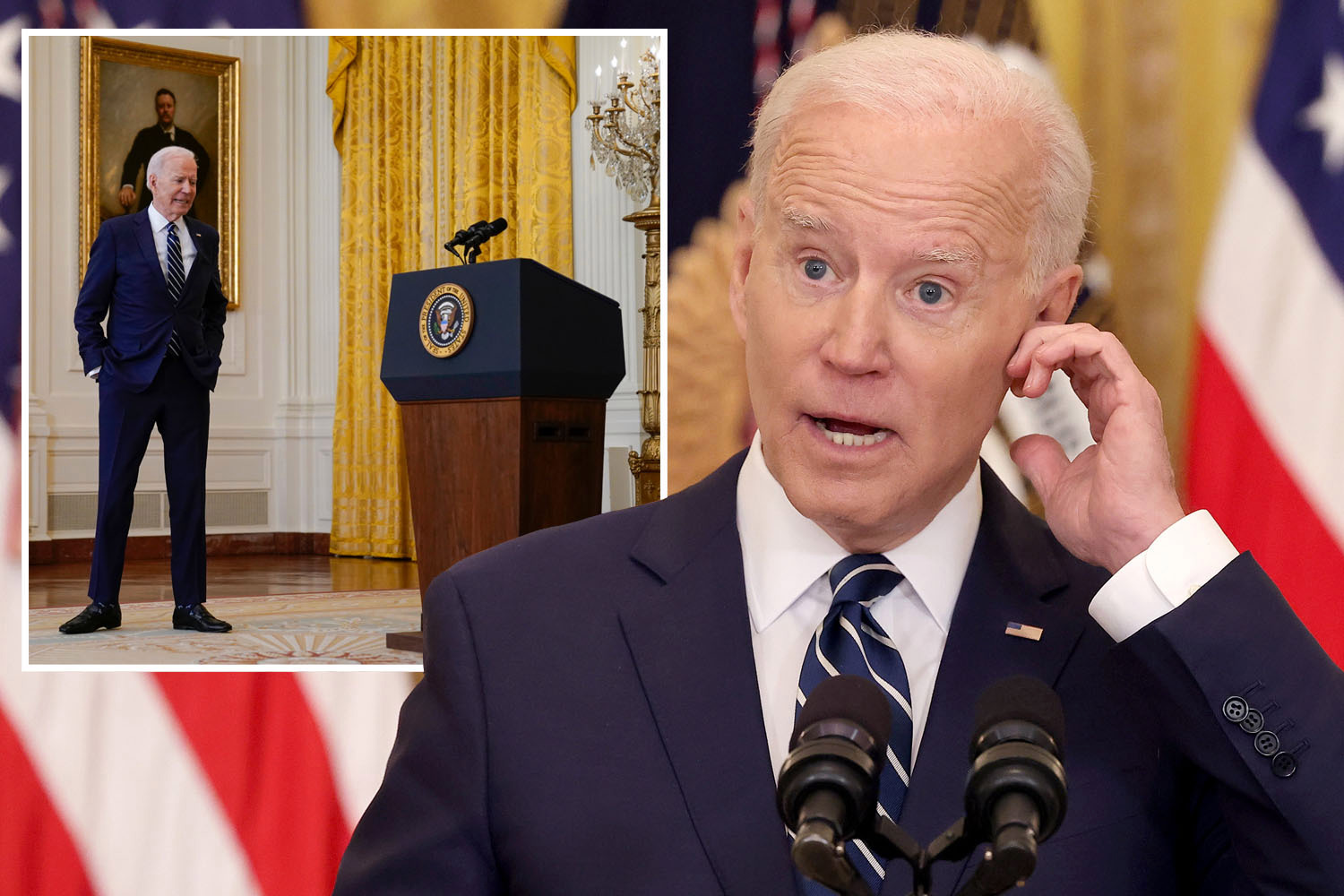 CONFUSED Joe Biden completely forgot what he was talking about and mumbled incoherently at the camera before walking away from the podium mid-question in an excruciating press conference. The presi… 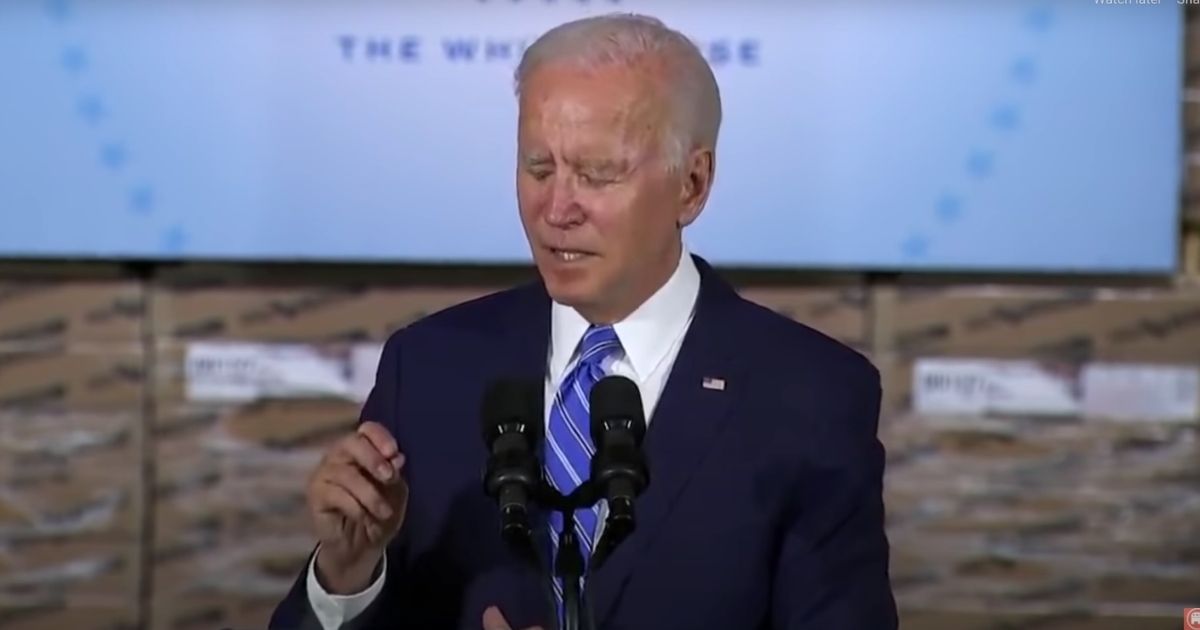 Video: Fox Cuts to Biden as He's Having Absolute Verbal Disaster During His Speech

While Biden has become known for his gaffes, a clip from his speech in Illinois on Thursday was stunning even by his standards.

While speaking to reporters on Thursday, President Joe Biden delivered remarks relating to health care as he ironically failed to make it […] More 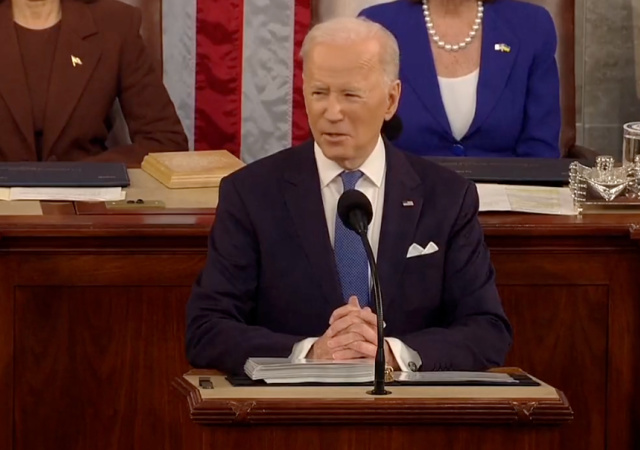 Biden Mumbles Through SOTU – “Putin May Circle Kyiv With Tanks, But He’ll Never Gain the Hearts and Souls of the IRANIAN People’

Daleep Singh
.​
"On the first day of the war in Ukraine, it wasn't a general who briefed reporters at the White House. It was Daleep Singh.

Singh is the deputy national security adviser for international economics, credited with designing the sanctions that Putin, himself, described as "economic blitzkrieg."

Russia asks China for military aid on Ukraine: US media

Trump says the Ukraine situation would NEVER have happened under him