Exactly one year before 911, rabbi dov Zakheim (pentagon dpt) wrote an interesting article; he said: "the process of transformation, even if it brings revolutionary change, is likely to be a long one, absent some catastrophic and catalyzing event - like a new Pearl Harbor..." The Project for a New American Century in September 2000.
The man confirmed clearly his yearning for a new Pearl Harbor to justify a ME crusade!

Today another crappy guy from the Lobby stated that "we need another 911"!!; I sometimes love the honesty of those "thinkers" but surely "to save america.." means a new war against Iran!

Anyway those leaders know how to predict events; should americans be

ready for another Pearl Harbor or 911? 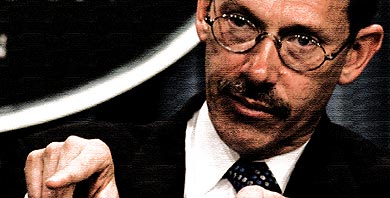 G
We Need A New Holiday

I
The Question of Invading Pakistan
2